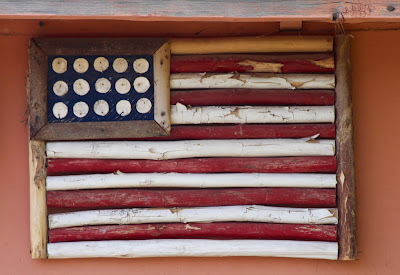 It's Memorial Day, May 28th, 2018 - and an appropriate time to remember the first Arizonan killed in World War I, exactly one hundred years ago today. That man who died a hero's death on May 28, 1918, was a Pima Indian, Matthew B. Juan. Born in San Tan, Juan grew up in Sacaton, a village of the Gila River Pima Community. Juan was part of the first American offensive on a German stronghold at Cantigny, France, in the first major American battle of the war.

Matthew B. Juan had already survived the January 24, 2018 torpedoing of his troopship, the U.S.S. Tuscania, in an attack which killed 210 of his fellow troops. The Tuscania, originally a luxury Cunard liner, had been repurposed as a troopship. The German submarine UB-77, under the command of Wilhelm Meyer, launched two torpedoes at the three-year-old ship and brought her down.

Juan was later transferred to the First Division, 28th Infantry, Company K. As his unit advanced on the Germans at 0645, Juan took machine gun fire and was killed.  Although he was initially buried in France, his body was later exhumed and returned home to the reservation at Sacaton. Nearly three years later on April 9, 1921, Juan was laid to rest in the desert. Juan is honored by a stone memorial at the Matthew B. Juan - Ira Hayes Veterans Memorial Park in Sacaton on his native reservation south of Phoenix. The name Ira Hayes, another famed Pima veteran from Sacaton, is recognizable to many from the Johnny Cash song about him. Those who know their history, though, will recognize Ira, a US Marine, as one of the six flag-raisers at Iwo Jima commemorated in the poignant Joe Rosenthal photograph.

When Matthew died, a friend visited the Arizona Republic office to tell them not only of his death but of his life. Matthew (who also went by the name "Matthew Rivers") had been an athlete and a star baseball pitcher at the prominent Sherman Indian High School in Riverside, California. When American entered the war, he promptly enlisted out of Texas, where he was at the time. Matthew's friend also said, "If you put anything in the paper about my friend, tell the people that 30 boys from Camp Kearny, all Indians, have just started for France, and tell them too - tell them that the fighting spirit of Matthew Rivers will live long in the hearts of the Pima Indian people."

That fighting spirit did indeed live on and continue to grow. A tribute to Juan in the May 30, 1941 Arizona Republic, as the nation again faced war, said 81 Pima Indians had entered military training camps to again fight. In May, 1943, the Pima High School at Sacaton had no graduation ceremony. Every single graduate, with the exception of one girl, either enlisted or was drafted into the war. One of those was Ira Hayes.

Only three of the soldiers in the iconic photo survived the war; one with physical wounds, and all scarred by their experience. Ira's fame - and perhaps the inevitable and tragic survivor's guilt - contributed to his downfall. Ira now lies at rest in Arlington National Cemetery.

With gratitude to all who gave all under the colors of our flag, and with special respect to the Native American heroes of our wars and conflicts. 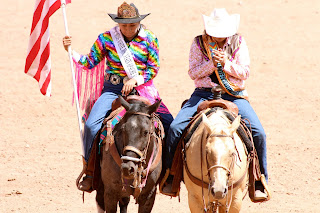 Copyright (c) 2018 by Marcy J. Miller * All rights reserved * No part of this content, including photographs, may be reproduced in whole or in part without the express permission of the author * Links, however, are truly appreciated * Thank you for linking, liking, forwarding, tweeting, and otherwise helping grow my readership * Most of all, thank you for visiting and - veterans - thank you for your service.